Note: Almost the date(s) are the day(s) when the programs were screened.

Being an ELF, you cannot don’t know this famous, hilarious, full of knowledge show. It’s not just a variety show of SBS with Super Junior. Watch it & you can learn so much from them.

And after watch all the episodes, it’s okay if you don’t love them, but you never can hate them!

And another reason why ELF love that show, because all of 13 members were appeared on it, not except anyone.

(Note: Me, the writer of this collection is who named the episodes, not the producers)

How much ShinDong, SungMin and DongHae can eat? The ability of holding alcohol of KangIn and KiBum were revealed as well!

In the last of the episode, did they already lift ShinDong up with their fingers?!

A gas can make people relax and laugh unstoppable :)) The ways to stop the laughter if you’re at a place that you ought not to do it.

Is HanKyung really at kindergarten? :))

Introduce the biggest examine tool ever! And YeSung’s octopus dance is revealed too =))

Watch how they tried to make their selves cry. And the touching heart E.H.B hidden camera with Super Junior!

“What sports did you play when you were young?”

KyuHyun: “I was in the math department.”

How did they practice for shooting moving target when sitting on a running horse? And how about the scene of catching arrow with bare hands?

Mouth-to-mouth respiration can happen in real life, can’t it? Or in elf’s eyes, the crazy episode of E.H.B with kiss scene underwater =))

Team SWAT vs team Criminals =)) EunHyuk’s special and unforgettable smell! Dog’s Psychology Expert YeSung =)) The last episode give you a lot of laughter, believe me :))

Part 3: The Intimate Note’s Missions from other members for KangIn & SungMin :))

Part 5: HeeChul & EunHyuk are also awkward too =)) See what’s the other members said to them when they’re building a tent together :))

Part 8: This is how we use body language to get dinner’s dishes :))

Part 11: Listen to their touching messages to other members, and the jealous kid KyuHyun =))

Part 2: I just love the way KyuHyun called “SiWon hyung!” in this part =))

Part 3: They did talk about HanKyung (HanGeng).

3, With LeeTeuk, HeeChul, YeSung, EunHyuk, DongHae, SiWon (KyuHyun is one of the MC)

Actually this isn’t a show, this’s an interview. But I put it in there just because of HaeKyu moment and hint =))

Do you want to let your kids study at Boarding Academy Spartacus?

Part 3: Oh well, meet the stunning lady performed by KyuHyun, see the colorful life in jail with Super Junior. And how Super Junior will look like at year 2062? =))

Part 4: Is this real?! Actually it’s a common misunderstanding but you just can’t stop laughing at it =))

OMG he is just too cute in this program ❤ ❤

Part 4: Super Junior M’s wishes have been written on the fairy lamps (lanterns) at Taiwan ~ Let’s see they fly and hope that all their wishes become true ❤

Part 3 – Part 4: Yes, that’s the part when Super Junior M’s members buy underwear for each others =))

Part 2: ZhouMi & Henry learn Tea Ceremony, KyuHyun & RyeoWook learn how to make steamed dumplings, and EunHyuk & SungMin learn how to be a bartender.

Part 2: KyuHyun & RyeoWook also made a MV for “True Love” too in free time like ZhouMi & Henry =))

Part 1: Poor EunHyuk at the beginning of the show =))

Part 3: What’s kind of promise our evil maknae made with EunHyuk when playing the game? =))

Part 4: All the Super Junior M’s members play “Hammer, Paper, Scissors” with the PD, the loser team will jump into swimming pool. What will happen? =))

(Note: Really I don’t think the next parts match with the previous but this is the translator’s arrangement)

Part 7: ZhouMi’s question “You sure that they aren’t dating?” when received a picture from KyuHyun and RyeoWook =))

Part 4: The weird but fun game YES or NO last question :))

Part 3: This is where the legendary picture of SiWon “crushed orange” was captured :))

Super Junior M show their talent at circus with their flexibility ~

Who is the good actor among us?

Let’s test their ability of cooking ~

Warning: This isn’t a humour one.

This isn’t a Super Junior’s Show. This is a gift, a collection which being made by ELF. They’re very touching your heart, and if you’re an ELF, I promise you’ll cry when you watch it.

DVD 1: You can see clearly how crazy but close to each other they are when they play game together to get food :)) What’s idolatry? Can we eat it? LoL =)) =))

And the part of playing Mafia Game is hilarious too :))

Who is the king of charts among Super Junior’s members?

XIV. Small video from anywhere I can pick ~

Part 2-1: The quick shower competition of HanGeng and SiWon =))

About 20 mins/video. [Time: promote Break Down]

Part 2: Answer fans’ questions =)) For me I like the part of KyuHyun’s question about RyeoWook, and his friendship with ChangMin =))

Aw the quality of videos isn’t too good. I can’t find the better quality version – actually I think finding this version is a big discovery for me :)) This’s a show at 2008, O.M.G…

❄ Rules of my writing styles ❄ 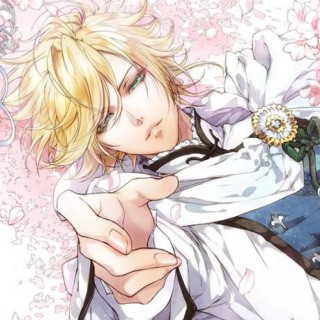 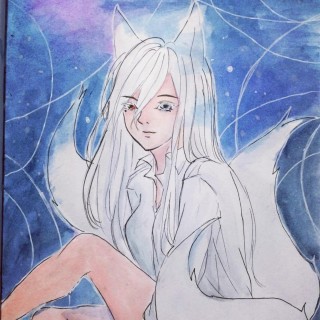 Your Favourite ON-GOING Stories of Mine?

Your Favourite ENDLESS fiction series of Mine?